Cyprus is the sunniest country in Europe with an annual average of 340 days sunshine a year. From April to September the daily average is 11 hours. Average temperatures in Cyprus range from around 36° in July and August to 14° in January. In short, long dry summers and short wet winters. Indeed, in the Troodos Mountains enough snow falls most years to allow a skiing. The World Health Organization says the environment in Cyprus is one of the healthiest in the world and is relatively unspoiled by industrialisation.

Living and Working in Cyprus

Cyprus is the third largest island in the Mediterranean with a population of approximately 850,000 people.

The strategic location of the island is an important factor in establishing Cyprus as a very popular tourist destination and an ideal location for attracting international business. Cyprus has been a member state of the EU since 2004 offering high quality services to foreign investors.

Some 180.000 foreign nationals live and work in Cyprus making it a very diverse and cosmopolitan place to live in.  The crime rate is very low and coupled with a benign year round climate Cyprus is an ideal place to invest.

Greek is the national language and English is spoken widely and features on road signs, public notices and advertisements. Russian is widely used by citizens of post-Soviet countries and is used in many shop signs and advertisements, particularly in Limassol and Paphos. English is the main language of business.

Cyprus has a multilingual and highly educated workforce and has the highest percentage of university graduates per capita in Europe. In fact, Cyprus is the second top spender in education relative to GDP in the EU.

Cyprus has a modern road network with motorway linking all the major towns and a good secondary road network. Cyprus is served by two international airports, at Larnaca and Paphos and the port of Limassol is a modern containerised and bulk seaport with an international cruise ship terminal.

Cyprus has an excellent public healthcare system with a network of government hospitals in all the major towns. The Government of Cyprus is currently investigating the foundation of an National Health Service. As a member of the EU Cyprus offers excellent healthcare at a lower cost than many other member countries. There are also privately run state of the art clinics in hospitals in all the major towns. Private health insurance is widely available and low cost.

Cyprus offers a wide range of reputable private and public schools, all providing excellent levels of education. Greek is primarily the language used in public schools but most private schools teach in English.

The local Universities and Colleges are recognised internationally and for those wishing to study abroad, there are schools following the British Education System, or preparing candidates for entry into Universities in Europe or the United States.

Cyprus is a democratic Presidential Constitutional Republic. The legislature is The House Of Representatives. The House has 59 members elected by proportional representation. There are a number of political parties representing a broad spectrum of political views.

The Republic is divided into six administrative districts: Nicosia, Famagusta, Kyrenia, Larnaca, Limassol and Paphos with local Municipalities responsible for day to day services in most towns and villages.

Cyprus’ close links to Great Britain as part of the British Empire mean that its legal and judicial system is very much aligned with that of the United Kingdom.

Cyprus has a generous personal tax system. Personal income tax rates are progressive and the top marginal tax rate is 35% on taxable income. The personal allowance before tax is set at €19,500.

Cyprus's corporate tax rate of 12.5% is one of the lowest in the EU.

Cyprus's tax system is fully aligned with the EU and international laws. The Republic has double taxation treaties with over 43 countries worldwide and access to EU directives.

Cyprus has a large and diversified economy in which tourism, shipping and financial services are the significant industries. Cyprus is sought after as a base for many off-shore businesses for its low tax rates. It's per capita GDP (adjusted for purchasing power) at $30,769 is just above the average for the European Union. In recent years significant quantities of offshore natural gas have been discovered in Cyprus's exclusive economic zone and the government has recently signed contracts with French oil and gas company Total for the exploration and recovery of the gas.

Cyprus has one of the lowest costs of living in Europe with data showing it is approximately 40% less than most Western European countries.

Any citizen of the EU who wishes to reside and work in Cyprus must apply for an EU Registration Certificate. It is a simple procedure and does not require renewal.
Non-EU nationals must apply for  a Temporary Employment and Residence Permit. Permits are issued for one year and are usually renewed upon expiry.

Cyprus has a wide and cosmopolitan Art scene. Art has a long history in Cyprus dating back as far as 10,000 years. Cyprus has a large number of stunning ancient monuments and archaeological sites covering the period from the present day to the Neolithic. Many are protected and are included on the UNESCO World Heritage List.

The island’s art scene is complemented by a number of top galleries with regular shows and openings. The performing arts are very popular, with festivals, concerts and theatrical productions taking place throughout the year. Film festivals, classical music and opera events are on the calendar every year with many productions being staged in ancient amphitheatres under the stars.

The City of Paphos  is the European Capital of Culture for 2017 and has a wide and varied programme of events featuring performing and visual arts, concerts, theatre and dance and many other events throughout the year.

Cyprus has a vibrant nightlife with a huge variety of bars, restaurants, tavernas and clubs to choose from regardless of age or taste. International DJ's, jazz quartets, classical orchestras and rock bands abound throughout the island making for a great night out.

Cyprus is one of the oldest wine producing regions in the world and wineries welcome visitors to tour, view and ultimately taste their product. There are several wine tours marked out across the island and participants can follow the road signs to discover unique boutique wineries hidden in the hills.

The hundreds of miles of coastline in Cyprus provide plenty of choices for swimmers, 57 beaches with the exclusive eco-label Blue Flag award. The sun keeps the sea warm from early April until the end of October.

Golf is a major pastime with the island boasting five 18 hole courses all designed by international former players such as Nick Faldo. 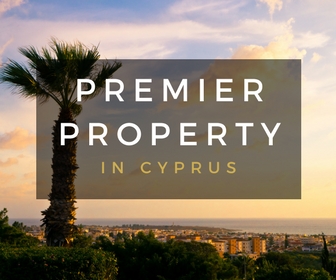 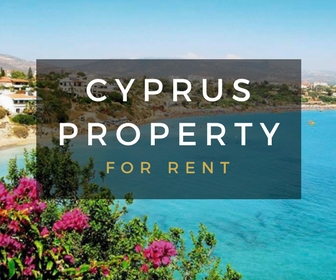 Looking For Cyprus Property?Speak With One Of Our Experienced Agents Today!